Physicist and blogger John Jay on the debasement of science:

It works like this: activists use science to push for international action on a science-related issue in an area such as health or environment. Then, an international agreement is established, and the science on which it is has been based becomes institutionalized and funded by government. Time and again, when this happens, “the science” stops being science. This is because the scientists working on the relevant topic start being advocates and stop being researchers. After all, they are now being paid by the bureaucracy to support a particular doctrine, not to discover new stuff.

Well that is a great description of the process that turned meteorology into ideology, and nutritional health and food science into alchemy and homeopathic nonsense. He continues:

Real science, which requires a sceptical and innovative frame of mind, then withers on the vine.

Follow the link below for Jay’s examples of science being trumped by ideology, rent-seeking and bureaucratic imperatives.

Meteorological ideology is severely compromised by the icy cold weather suffered by Australia’s Eastern zone the last week, and about to inflict again this week, causing embarrassed, settled science to break out: BoM out in the cold 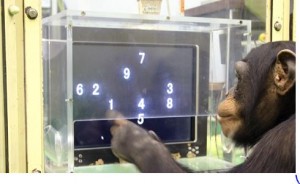 On May 28, the Bureau of Meteorology did what it does best in this age of computer models and the oh-so-settled science of climate change. Here is what the barometric boffins predicted:

“A generally drier and warmer-than-normal winter in the east…”

Less than two months later, again according to the BoM, it seems the weather remains a good deal less settled than the alleged science:

“Melbourne won’t get much relief for a week, as the frigid air mass settles in before another cold front moves across on Wednesday and Thursday next week. The city’s maximums aren’t expected to climb above 12 degrees until at least Thursday, with a top of just 11 predicted for Saturday.”

2 Responses to when science becomes ideology … embarrassment sets in