Poland on a winner … 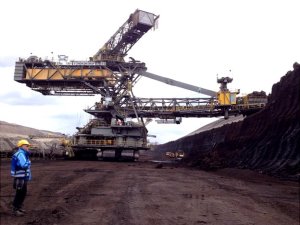 A groundbreaking ceremony has taken place in Poland on the site of a €800m lignite power plant in Turów.

The ceremony was attended by Poland’s Prime Minister Ewa Kopacz and representatives Mitsubishi Hitachi Power Systems Europe (MHPSE), which will build the plant in co-operation with Polish company Budimex and Técnicas Reunidas from Spain.

MHPSE said that the lignite unit will have a gross capacity of just under 500 MW and an efficiency of more than 43 per cent. It will be operated by PGE, Poland’s largest power supplier.

The new unit – which is due to be operational in 2019 – will be built at an existing power plant where there are currently six units with an installed capacity of 1500 MW.

MHPSE chairman Rainer Kiechl said the new plant “will be one of the most modern of its type in the world”.

He added that it would make a “significant contribution to a dependable supply of power in an economy which is continuing to grow strongly”.