abandoned and discarded from the Kimberley …

Not everything found in the Kimberley is alive, flourishing, or green. 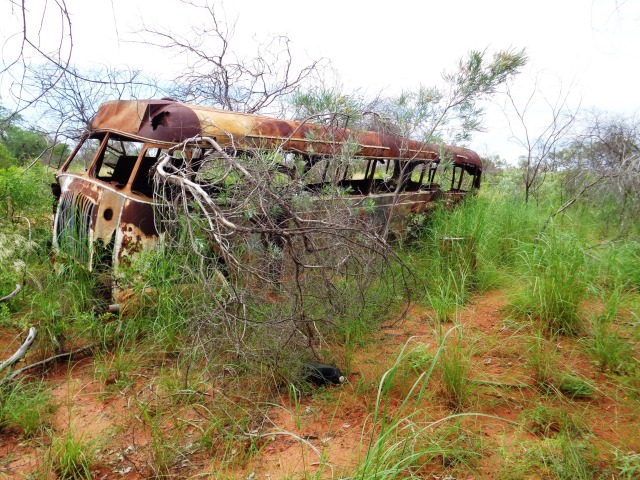 A burnt out, abandoned bus in bush near Highway 1 south of Broome above, and below, a rusty but still used barge in Wyndham.

Formerly a fishing boat from Broome, now a part of various landscape furniture: 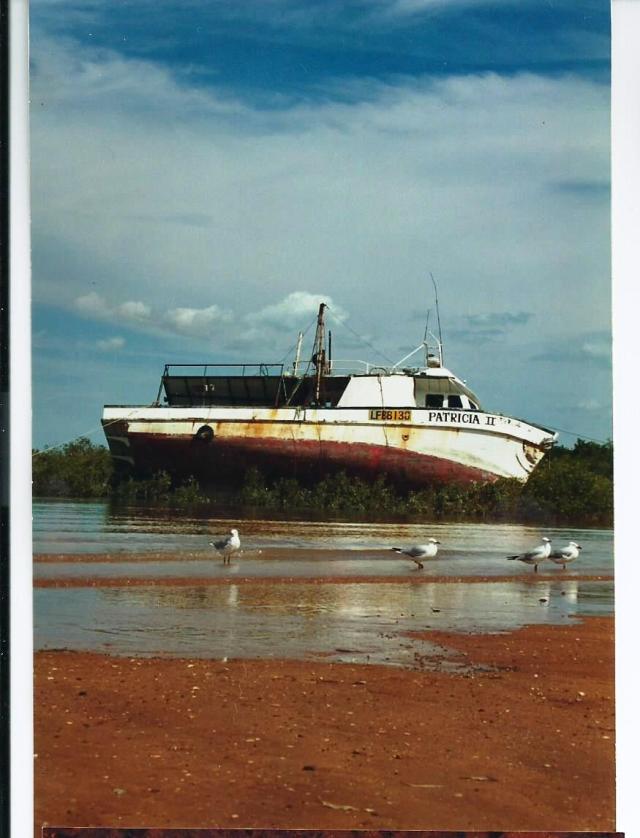 Then, a long gone caravan on floats, at the vagaries of big tides, mosquitos and sand flies:

Next, an abandoned camp in the Great sandy Desert.

That’s me on another long gone fishing vessel in Broome, The “Beadon”. Named after a creek from Onslow, now an oil and gas town on the Pilbara coast. The Beadon was a trap fishing vessel in the same period as a picture above of Patricia II. 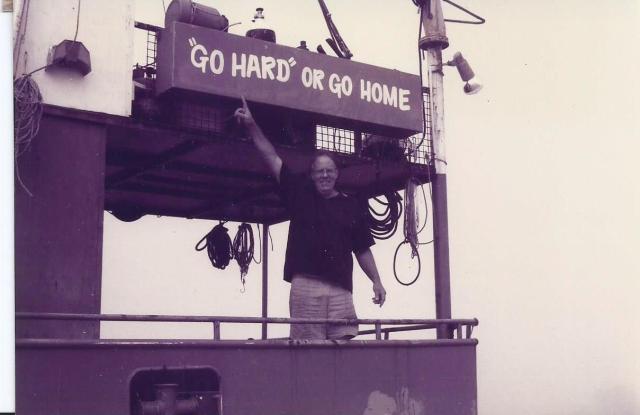 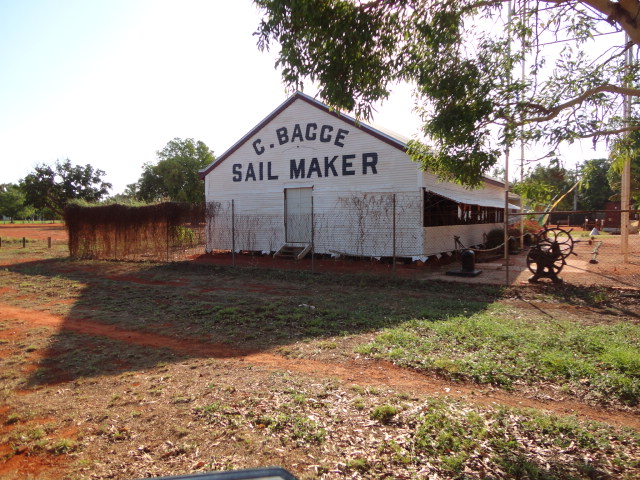 A very common scene in the Kimberley, an abandoned trailer near Wolfe Creek.