All those stories of coral bleaching causing the death of the Great Barrier Reef are false. The scaremongering from all the usual media culprits were just nonsense, as I said they would be at the time. Heads should roll, beginning with Hoegh-Guldberg, but they wont of course, just go onto the next little thing that frightens them!

In my essay, The Coral Bleaching Debate: Is Bleaching the Legacy of a Marvelous Adaptation Mechanism or A Prelude to Extirpation? I presented evidence from a synthesis of the most recent peer reviewed science that demonstrated coral reefs can be very resilient and the gloom and doom claim of climate alarmist Hoegh-Guldberg that “as much as 95% [of the world’s coral] may be in danger of being lost by mid-century.” is most likely biased fear mongering. […]

[…] Then in 2015, a team of marine biologists was stunned and overjoyed to find the giant coral reef once again teeming with life. But the rebound came with a big question: Could the enormous and presumably still fragile coral survive what would be the hottest year on record? This month, the Massachusetts-based research team finished a new exploration of the reefs in the secluded Phoenix Islands, a tiny Pacific archipelago, and were thrilled by what they saw. When they splashed out of an inflatable dinghy to examine Coral Castles closely, they were greeted with a vista of bright greens and purples — unmistakable signs of life. –Karen Weintraub, The New York Times, 15 August 2016 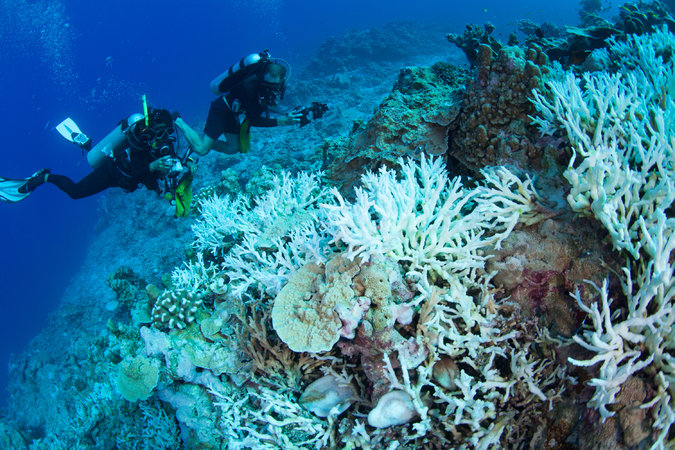 The scare campaigns from the Green Blob about the death of the Barrier reef were somewhat biased and political, with little resemblance of science. Read both posts.

Update, the usual culprits continue on their astrolo-science way:

The Great Barrier Reef urgently needs your help! The coal industry is accelerating global warming by mining and burning coal, and is putting the future of the Reef at risk! Join the movement to ‪#‎SaveTheReef‬ today