Antarctic ice that is: Sea Ice (Antarctic) — Summary (22 July 2015)
Despite the supposedly unprecedented increases in mean global air temperature and atmospheric CO2 concentration that the planet has experienced since the late 1970s, Antarctic sea ice extent has stubbornly refused to do what climate models say it should be doing, as it just keeps on growing…

From the WUWT sea ice page:

Arctic too, bummer for the researchers, bogged in ice:

Arctic expedition to study global warming put on hold because of too much ice http://wattsupwiththat.com/2015/07/22/arctic-expedition-to-study-global-warming-put-on-hold-because-of-too-much-ice … 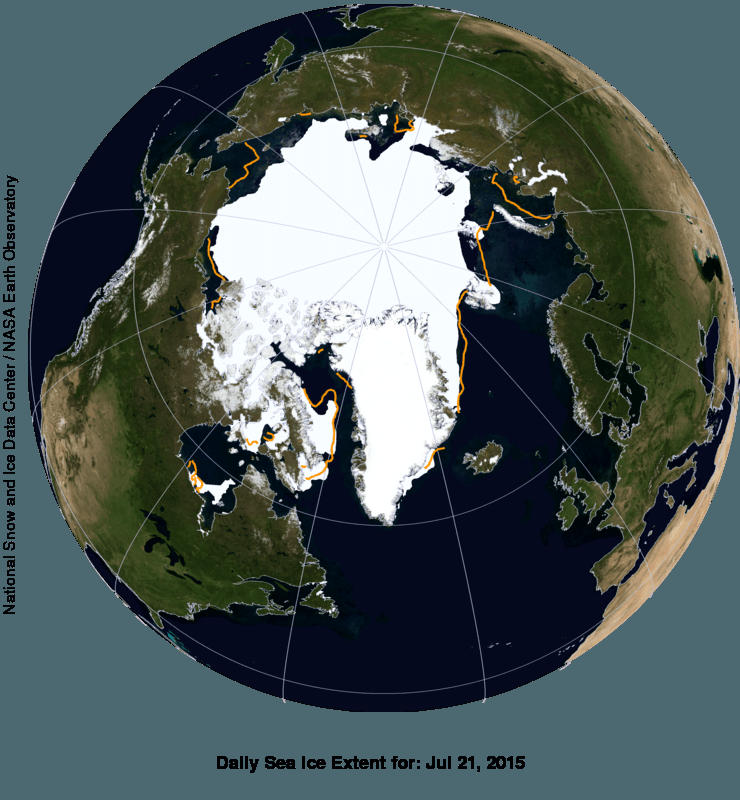 2 Responses to keeping on growing …