The giant solar boondoggle powers on, like a giant (sink)hole absorbing taxpayer’s cash. Now they want a whole lot more.

Obama’s green energy scorecard has already racked up over $2.7 billion in losses, and now the world’s largest solar/fossil fuel/bird-incinerating plant, co-owned by Google and renewable energy giant NRG Energy, is asking for an additional $539 million in free taxpayer funds to pay off their $1.5 billion federal loan.

“the plant has not lived up to its clean energy promise. According to the U.S. Energy Information Administration, the plant produced only about a quarter of the power it’s supposed to, a disappointing 254,263 megawatt-hours of electricity from January through August, not the million megawatt-hours it promised.”

In addition, the plant recently filed with regulators to greatly increase the fossil fuels burned by the “solar” plant’s inefficient boiler system, due to insufficient heat input from the Sun on cloudy days and at night. The plant wants to burn 1,575 million standard cubic feet [mmcf] of natural gas every year, which will increase its CO2 emissions 59% to 94,749 tons per year.

“To get a sense of that volume, an average U.S. natural gas-fired power plant [using much more efficient and clean-burning turbines instead of boilers] might be expected to produce about 200,000 MWh from 1,575 mmcf of gas, according to the EIA.”

For a huge [$2.2 billion and counting] US taxpayer-subsidized expense, plus high electricity rates guaranteed by long-term contracts with California utilities/ratepayers, 59% more greenhouse gas emissions, and 75% less electricity than promised, could Ivanpah be the world’s biggest green energy boondoggle ever?

The Ivanpah solar electric generating plant is owned by Google and renewable energy giant NRG, which are responsible for paying off their federal loan. If approved by the U.S. Treasury, the two corporations will not use their own money, but taxpayer cash to pay off 30 percent of the cost of their plant, but taxpayers will receive none of the millions in revenues the plant will generate over the next 30 years.

“They’re already paying less than the market rate,” said Morris, author of a lengthy report detailing alleged cronyism and corruption in the Obama administration’s green energy programs. “Now demanding or asking for a subsidy in the form of a grant directly paying off the loan is an egregious abuse.”

NRG doesn’t see it that way, telling Fox News the money is there for the taking.”NRG believes in a clean and sustainable energy future and therefore participates in available government programs to develop and expand the use of clean energy to accelerate America’s energy independence.” In 2013, the Obama administration handed out $18.5 billion in renewable energy grants, with $4.4 billion going to solar projects.

Ivanpah is the largest concentrated solar power plant in the world. It was unveiled in February with great fanfare. Dr. Ernest Moniz, the U.S. Secretary of Energy, justified taxpayers’ investment at the time, saying, “We want to be technology leaders. It’s good for our economy and it’s also good for helping stimulate the global transition to low carbon.”

But since then the plant has not lived up to its clean energy promise. According to the U.S. Energy Information Administration, the plant produced only about a quarter of the power it’s supposed to, a disappointing 254,263 megawatt-hours of electricity from January through August, not the million megawatt-hours it promised.

A NRG spokesman blamed the weather, saying the sun didn’t shine as often as years of studies predicted. However by the four-year mark, NRG has “every confidence that the plant will function as anticipated for the life of the facility,”according to the company.

Touted as a clean, green energy, some environmentalists have turned against concentrated solar as a technology, deeming it dangerous and a threat to wildlife. Unlike solar photovoltaics, which turn sunlight directly into electricity, CSP uses thousands of large mirrors to concentrate reflected sunlight into powerful beams aimed at “power towers.” The heat generates steam to turn turbines that create electricity.

The problem is that birds see the mirrors as water. As they approach, the 800º F solar beams roast any bird that happens to fly by. A recent study released by the California Energy Commission conducted by the Center for Biological Diversity called Ivanpah a “mega-trap” that will kill up to 28,000 birds a year.

The plants’ owner at the time, BrightSource Energy, said it will likely kill only a thousand birds a year. BrightSource came under scrutiny by the House Oversight and Government Reform Committee and investigators found the company received direct “guidance and support from the White House” for how it obtained its $1.6 billion in federal loans.

Time to turn to coal and gas, or nuclear. 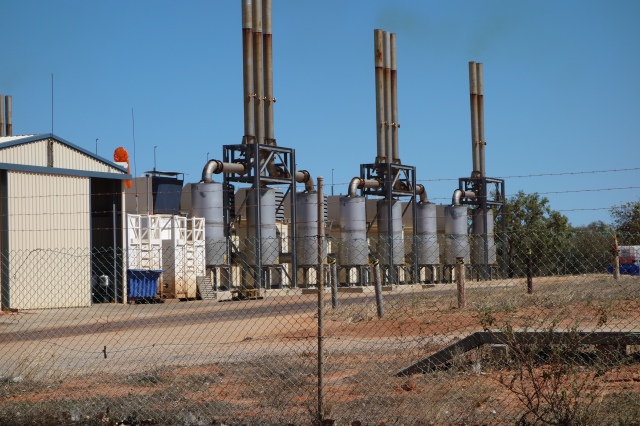