The ‘usual culprits’ are fingered in this post by veteran science writer Donna La Framboise, author of “The Delinquent Teenager who was Mistaken for the World’s Top Climate Expert” , calls out climate fiction scaremongers.

Rather than persuading us with reason and logic, the World Meteorological Organization is making stuff up.

As the Reuters news service reported yesterday, the United Nations has launched a new public relations campaign. This is an attempt to call attention to yet another climate meeting, scheduled for the 23rd of this month, at the UN’s headquarters in New York.

The meeting is by invitation only. As per usual, green activist groups (aka “civil society”) have been invited, but the public will be kept out.[…]

You would think that after 2 decades of getting it wrong, Strong, Suzuki and Co would give up.

Mixed up in all of this is the World Meteorological Organization (WMO). Although its name suggests a responsible, professional entity, the WMO is actually a UN body. Evidently, it is also a plaything of UN officials. One need look no further than this PR campaign for evidence of the WMO’s lack of independence and integrity. […]

Ah those kidz, what are they up to now? The image you see is from their “new” web page  [www.skepticalscience.com/nsh/?] which is some sort of flash program with a bunch of silhouettes of people that can be rotated and moved in a pseudo-3D way. All of the silhouettes are greyed out now, but one can… 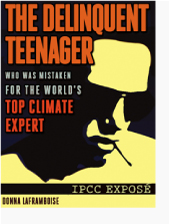