A sudden drop in the overnight minimum signifies the change in season to autumn. Two to three weeks early this year, overnight minimum was below 22C, down several degrees due to the autumn easterlies arriving. The maximum is still quite high at around 36C, but is very agreeable with a humidity level in the teens.

This will make the increased number of tourists happy.

Six months of above average temperatures ended in February and March, now April looks to be heading lower. We are already below 2010 near record highs with 20 more days of a cooler April to go. Recent months at Broome 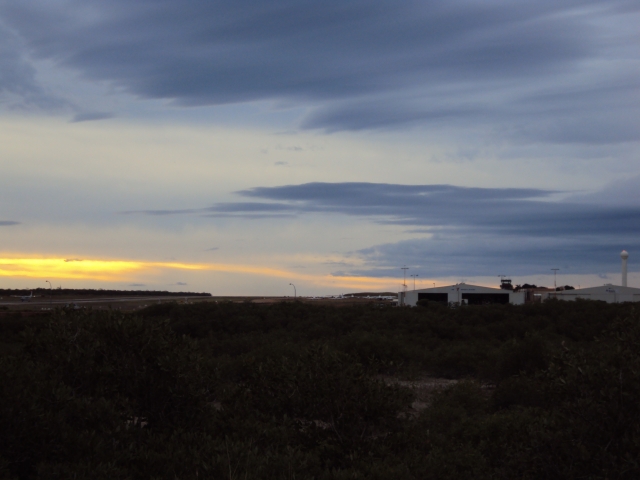 looking past mangroves to the airport, with BoM radar tower to the right 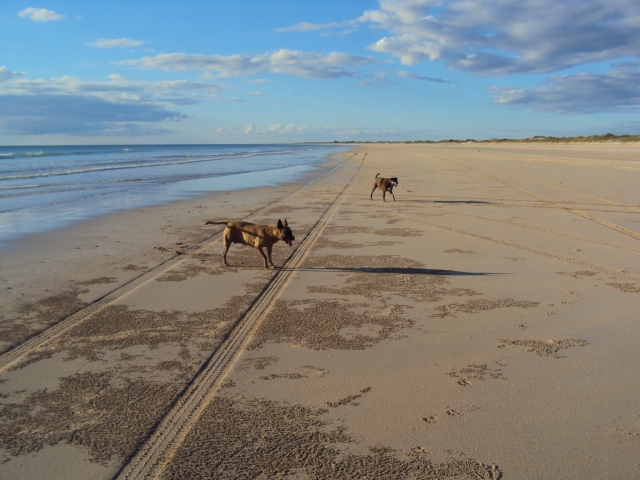 Cable Beach in the late afternoon … 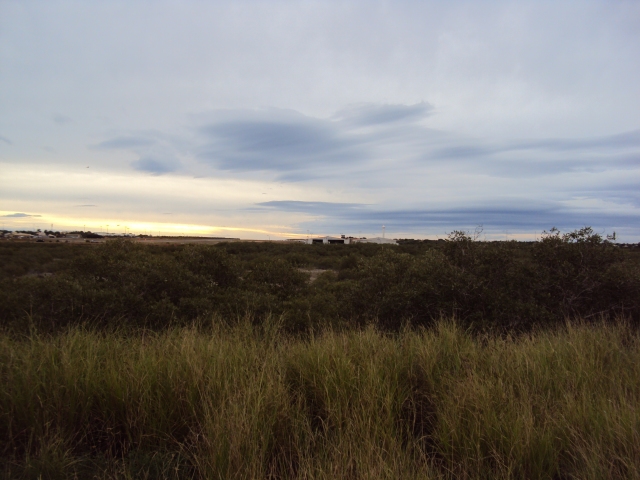 sunset looking towards airport, helicopter hangars and BoM in background … 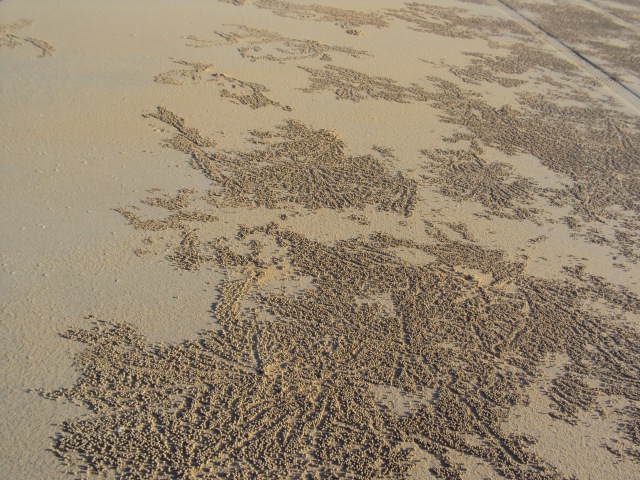