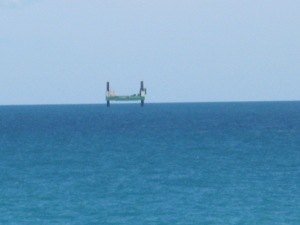 I wish to address the serious issues raised by the fiasco surrounding the Environmental Protection Authority’s assessment, or non-assessment, of the Browse liquefied natural gas precinct proposed by the Liberal–National government for James Price Point. In my view, the way in which the Premier, the Minister for Environment, the Department of State Development and the EPA have handled this assessment has done irreparable damage to the credibility of the EPA and environmental assessments in Western Australia. It certainly should cause the commonwealth to rethink any plans to give the state greater control over future assessment processes. Make no mistake; the Environmental Protection Authority’s one-man-band decision to recommend approval for a gas hub at James Price Point has absolutely zero credibility in the local Broome community, across WA and nationally. If the Premier and Woodside think it is a winning strategy to hold up an EPA report, which has no public or scientific credibility, to justify a gas hub at James Price Point, they are even more delusional on this topic than I thought.

The recent belated disclosure by EPA chairperson, Dr Paul Vogel, that he alone had concluded the EPA’s assessment and put the EPA’s recommendation to the Minister for Environment was greeted with incredulity by the WA public. It must be emphasised that if community members had not discovered or exposed the fact that the EPA board had been reduced from five members to one on this hugely complex assessment, the public would probably never have known. It is pretty clear that Minister Marmion had no intention of informing the public of this disgraceful state of affairs. How on earth could this situation have been allowed to occur? Why was the public kept in the dark for months about the conflicts of interest that had undermined the ability of the EPA to function properly? Why did the Minister for Environment do absolutely nothing to fix the problems but, instead, collude in the cover-up? When did the Premier know about the sham environmental process? Given that the sole remaining member of the EPA board who was able to participate in the decision-making process was himself up for reappointment by the government, what role did this situation play in the government’s decision not to do anything to salvage the EPA’s credibility by appointing new, non-conflicting members to the board? For several months, the EPA and the minister knew that the EPA board was acting without a quorum on this assessment and chose not to inform the public or any of the stakeholders involved for years in the gas hub assessment process. This secrecy and collusion can only have been agreed to to ensure that the Liberal–National government’s pet project was not further delayed or further placed in doubt by the need to appoint new EPA board members to carry out a proper assessment.

The PRESIDENT: Order, members. There is quite a bit of noise coming from the area, unfortunately, of the two Whips, who should be setting a better example.

Hon ROBIN CHAPPLE: As documented by the Broome community, since the 1960s the James Price Point coastal region has repeatedly been recommended by government-appointed scientists and the EPA for protection as a national park. In the early 1990s, the EPA twice rejected development proposals in the James Price Point area because of concerns over impacts on important natural and cultural values, including rare monsoon vine thicket communities. One of the EPA’s statutory principles in relation to land clearing specifically states — Native vegetation should not be cleared if it comprises the whole or a part of, or is necessary for the maintenance of a threatened ecological community.

The monsoon vine thickets at James Price Point—25 per cent of which would be cleared for the gas hub—are a listed threatened ecological community. The chairperson’s advice in relation to protected species such as whales, dolphins, turtles, dugongs and bilbies constantly refers to the alleged lack of evidence of impact at a population or regional scale, although the EPA’s published objective for native fauna is to maintain the natural levels of abundance, diversity, geographic distribution and productivity. Clearly, this objective has not been considered in the gas hub assessment project.

Despite the EPA having previously highlighted the international environmental significance of places as part of its assessment process, for example, in relation to coastal areas south of Perth, and despite public submissions raising the issue in this case, the chairman avoided any meaningful assessment of the widely documented international significance of the Dampier Peninsula marine and coastal environment. The gas hub assessment scoping report, prepared by the Department of State Development and formally endorsed by the Environmental Protection Authority, sets out a commitment to a comprehensive peer review of studies provided by the proponent, but no such comprehensive peer review was undertaken by DSD or required by the EPA.

The chairman’s advice breaches the EPA’s policies and obligations relating to dredging impacts and greenhouse gas and other emissions by merely glossing over them in the chairman’s advice, mostly by reference to the preparation of future management plans. The chairman allowed the proponent to make significant changes to the proposal late in the assessment process without public disclosure or the opportunity for public comment. These changes include a massive increase in dredging operations and a major change to the port construction, involving the removal of several kilometres of coast to create an inland harbour. This was never part of the original proposal. Under the EPA’s procedures and policies these matters should have been publicly assessed.

As I said, in light of these and many other failings and flaws in the chairperson’s assessment, it is now clear to most people that the only way the EPA chairperson could have possibly concluded that this proposal is environmentally acceptable is if political and/or commercial considerations took precedent over environmental, social and cultural matters. It goes without saying that to reach such a decision based on commercial or political considerations is a clear breach of the Environmental Protection Act and the EPA charter. Because of the deep community concern over damage done to the EPA by this fiasco, I believe that the minister must be directed to immediately appoint new un-conflicted members to the EPA; the current EPA chairperson’s advice must be rejected; and an independent inquiry must be undertaken into how this fiasco unfolded over the past several years so that it is never repeated.